Blow Up Songs has an eclectic contemporary catalogue of music encompassing genres from the Hammond organ boogaloo funk of Big Boss Man and The Bongolian, the electronic, experimental and psychedelic music of Baltic Fleet, Aspic Boulevard and Alfa 9 to indie, Britpop, Artpop of The Weekenders, Silvery, David Woodcock to the electronic pop of Neon Plastix, Usselman, Cult With No Name amongst others.

Many of the Blow Up artists have proved popular for TV, Film and advertising placements. As Blow Up Records controls the master rights for the majority of the Blow Up Songs catalogue, most sync licencing requests can be responded to quickly as a One Stop. Blow Up Songs has placed music with brands including Nike, EA Games, Renault, The Red Cross, Wella, Sony Playstation, ASICS, MG Rover and recent TV highlights include The Grand Tour (Amazon Prime), Top Gear (BBC TV) and The Mighty Boosh.

Blow Up Songs is represented by a local sub-publisher in most key territories. 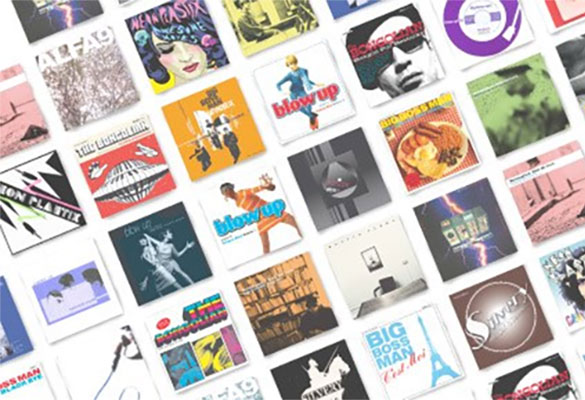