Billy Reeves extends his publishing agreement with Blow Up Songs to include forthcoming debut solo album.

We are pleased to announce that Billy Reeves has extended his worldwide publishing agreement with Blow Up Songs to include the new songs from his debut solo album Nostalgia Of The Future, to be released in 2023 by record label Late Night From Glasgow.

Gavin Fisher co-writer of ‘Enfield Running’ with Billy, has also extended his publishing agreement with Blow Up Songs. 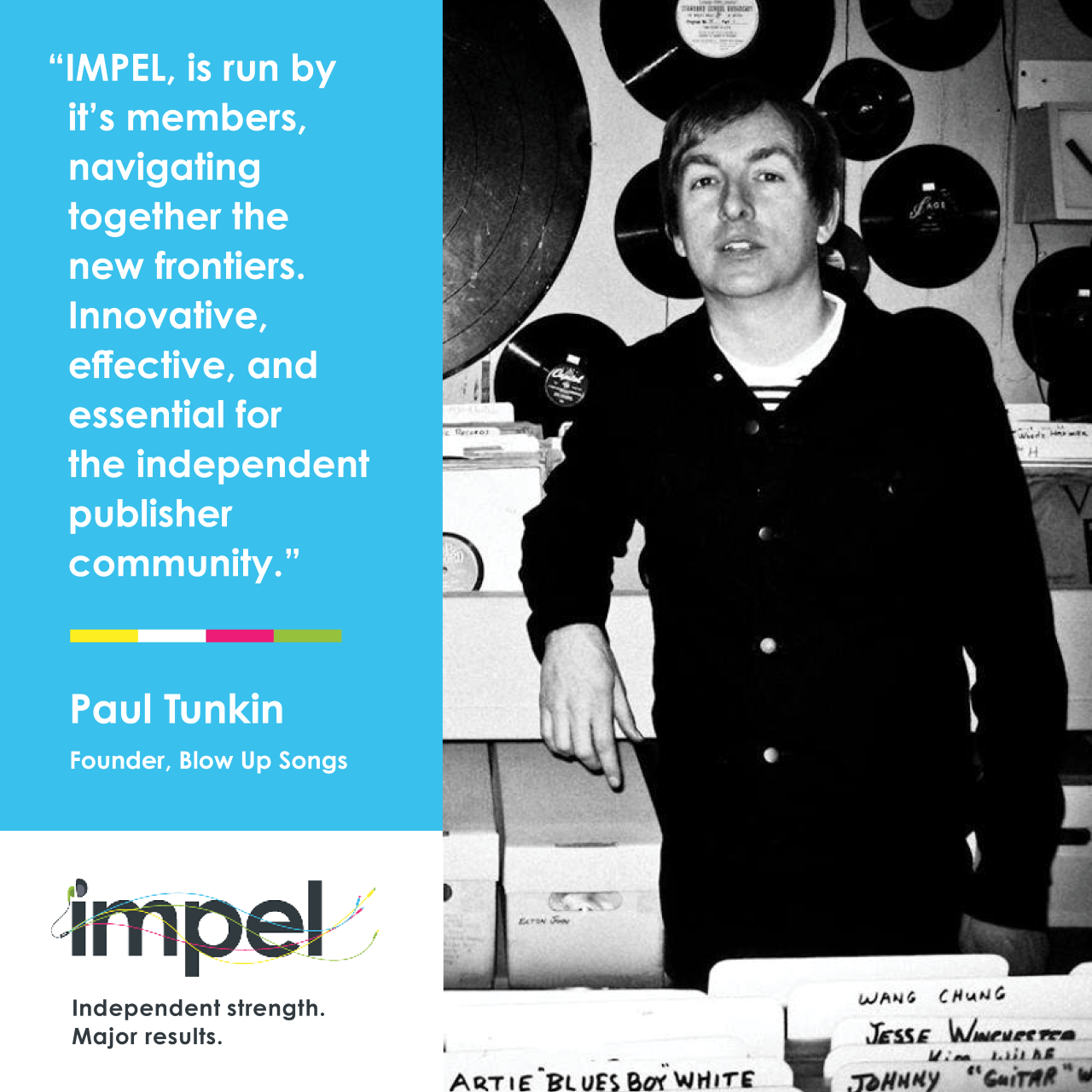 Paul Tunkin of Blow Up Songs steps down from IMPEL board after four years.

After four years as one of the twelve IMPEL Music board members, Paul Tunkin representing IMPEL member Blow Up Songs stepped down from the board and did not stand for re-election along with Ryan Farley MD of Cooking Vinyl Publishing, who had also served on the board for four years. Paul commented that it had been a great honour to be part of the IMPEL team since its inaugural launch as a fully independent organisation in 2018 and that IMPEL continues to build a highly effective digital future for independent music publishers which he is proud to have had a hand in helping to shape. He stated that within the IMPEL membership there is an incredible wealth of expertise, talent with huge amounts of experience to draw from, that will continue to guide the organisation onwards and upwards. Paul will be continue to support IMPEL on various committees as a member representing Blow Up Songs. The two new board members were confirmed as Takuya Yamazaki, General Counsel of NexTone and Michael Hatjoulis, Head of Publishing at Manners McDade.