The Helicopter of the Holy Ghost signs to Blow Up Songs 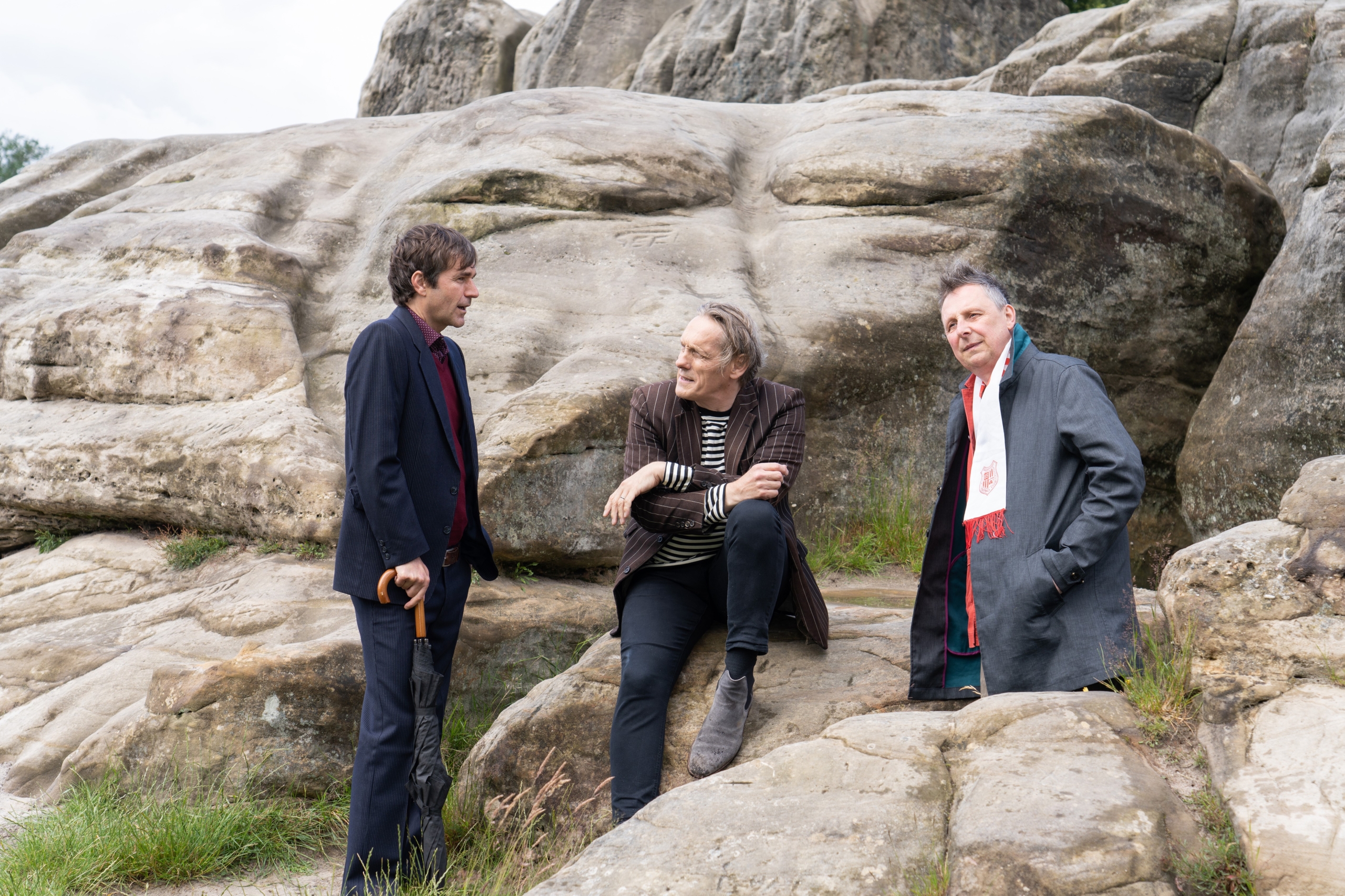 We are pleased to announce that Helicopter of the Holy Ghost songwriters, Billy Reeves, Crayola Lectern and Gavin Fisher have signed agreements with Blow Up Songs for worldwide representation of their songs of the album ‘Afters’. The highly acclaimed album which reached #14 Independent charts, #26 vinyl charts and was released by K-Scope Records in 2021.

The Helicopter of The Holy Ghost are Billy Reeves, Crayola Lectern and Mark Morriss

Billy Reeves formed The Audience for a bet in the mid nineties, fortunately meeting the fabulous Sophie Ellis-Bextor two days later at The Garage, Islington. (He won the bet seven months later). The band reached the dizzy heights of 12 in the LP charts. In 2000 he signed to Sony with the group ‘Yours’ but this project was violently curtailed by joy-riders that hit his Morris Minor at 99 mph (on the way home from promoting the first ever gig by the popular heavy metal band, The Darkness). A long coma, many operations and a housebound year ensued. In 2017 his brother gave him two mini-discs that had been saved from the wreckage, including demos of songs he had forgotten – due to crash-related amnesia. These songs were recently moulded into an album, ‘Afters’ by Reeves, Mark Morris, (solo artist and singer with the chart-topping guitar-janglers The Bluetones), Mark Peters (of Engineers – Rough Trade included his solo LP ‘Innerland’ in their best albums list of 2018), and Crayola Lectern (from Crayola Lectern/Zofff/la Momo/Departure Lounge and Damo Suzuki’s band up the Con Club in Lewes).

The Helicopter of the Holy Ghost album Afters – in the media.

PROG: “Mark Morriss turns these melodic songs into something poetic…the result is a lovely album”

ROBERT ELMS, BBC RADIO LONDON: “See, I told you it was good!”

BIG ISSUE: “defies the odds, astonishing it was ever made”

POPIPTICA albums of the month: “Slowly rendered after a long period hidden away, Afters is a colourful but never pushy album to keep you company for many days yet to come”

GOD IS IN THE TV: “…a startlingly beautiful record. One that uncovers different elements and depths every time you listen. When you add together musical talents such as Crayola Lectern, Mark Morriss and Simon Raymonde and fold that into the melodies from over twenty years ago, you’re striking gold”